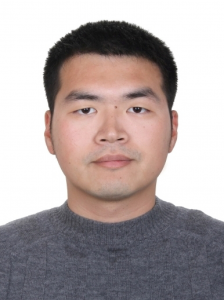 Visual SLAM is a fundamental problem in 3D vision and robotics areas, which can simultaneously recover the pose and 3D structure in an unkown environment. It has wide applications. This tutorial will first introduce some basic concepts and principles, such as camera model and multiple view geometry, and then introduce the mainstream framework of  VSLAM/VISLAM and some important modules, such as feature tracking, pose estimation, bundle adjustment and loop closure. In addition, a new VISLAM benchmark for augmented reality will be introduced. A set of AR applications based on VSLAM/VISLAM techniques will be presented.

Guofeng Zhang received the B.S. and Ph.D. degrees in computer science from Zhejiang University in 2003 and 2009, respectively. He received the National Excellent Doctoral Dissertation Award and the Excellent Doctoral Dissertation Award of China Computer Federation. He is currently a Full Professor with the State Key Laboratory of CAD&CG, Zhejiang University. His research interests include structure-from-motion, SLAM, 3D reconstruction, augmented reality, video segmentation and editing. The team he leads has developed a series of SfM/SLAM softwares (such as ACTS, LS-ACTS, RDSLAM, RKSLAM), which can be downloaded from the group website http://www.zjucvg.net. He also has released the source code of a large-scale structure-from-motion system ENFT-SFM, a segment-based bundle adjustment algorithm SegmentBA, and incremental bundle adjustment algorithms EIBA & ICE-BA, which can be found at https://github.com/zju3dv/. 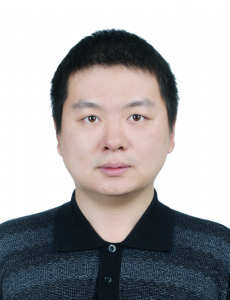 Since computer vision became an independent discipline in the 1970s, in the 50 years of research, the 3D representation of images, i.e. scene 3D reconstruction from 2D images has been a classic and fundamental problem in computer vision research. In recent years, with the continuous development of image acquisition equipment, it is convenient to obtain massive high-resolution images using digital cameras, street-view vehicles, drones and other equipment. How to build our 3D world through these images has become an urgent need for many applications. Therefore, at the theoretical and application level, image based 3D reconstruction has become a hot spot for computer vision researchers. This tutorial will introduce the basic pipeline and key algorithms of image based 3D modeling, including Structure-from-Motion, Multiple View Stereo, Points Meshing, Semantic Modeling, etc. In addition, we will show several 3D reconstruction demos for cultural heritage digitization, smart city, HD map, and 3D map based visual re-localization.

Shuhan Shen received the Ph.D. from Shanghai Jiao Tong University in 2010. Since 2010, he has been with the National Laboratory of Pattern Recognition at Institute of Automation, Chinese Academy of Sciences, where he is currently an Associate Professor. His research interest is in 3D computer vision, and in particular in image based 3D modeling of large scale scenes, 3D perception for intelligent robot, 3D semantic reconstruction, etc. He has published more than 50 papers in international journals and conferences, including IEEE T-IP、ISPRS P&RS、PR、CVPR、ECCV、3DV. He also developed several algorithms which are integrated in opensource 3D systems, like TheiaSfM, OpenMVS, CGAL. He is a member of Youth Innovation Promotion Association of CAS since 2015, the recipient of ACM Beijing Rising Star Award in 2016, and the recipient of Second Prize of CSIG S&T Award in 2018.