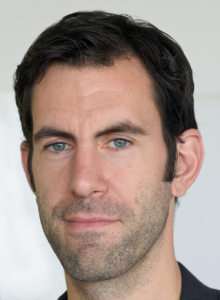 Title: The Shape of Deformations

Abstract: Let us say that a frame is given by three ‘sticks’ (of equal lengths) meeting in one common point. We are interested in representing the orientation and the ‘shape’ of the frame. Orientation is the rotation relative to a reference frame; and ‘shape’ is the deformation relative to a reference frame. It turns out that any frame can be turned into any other frame by a Möbius transformation. This viewpoint reveals that rotations are points on a 3-sphere, the so-called unit quaternions. Unit quaternions are well-known and quite useful as a representation for rotations in space — they are continuous in the variables, minimal in the sense that at least four coordinates are necessary for a continuous representation, and they come with a natural metric that allows us to measure the ‘amount’ of rotation, i.e. the angle. The viewpoint of Möbius transformations also reveals, and this is the new aspect of this work, that deformations are points on a hyperboloid. So ‘shape’ can be described as a point in hyperbolic space. This is a representation that, just like unit quaternions, is continuous, small, and comes with a natural metric that allows measuring the amount of deformation.

Biography：Marc Alexa is a Professor in the Faculty of Electrical Engineering and Computer Science at the Technical University of Berlin and heads the Computer Graphics group. He is interested in creating, processing, and manufacturing shapes, as well as intuitive interfaces for these tasks. He holds a masters and PhD degree in Computer Science from Darmstadt University of Technology. He has been Technical Papers Chair for SIGGRAPH 2013, and has chaired several other committees and boards. He received an ERC Starting Grant, the Heinz Maier-Leibnitz prize, as well as other cross-disciplinary grants and awards. He is currently the editor in chief of ACM Transactions on Graphics. 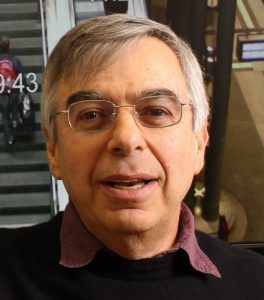 Abstract:In traditional computer vision research, we were careful to strip and ignore the soundtrack. In the same manner, audio analysis traditionally ignored the available visual information in a video. I will describe how better scene understanding can be gained by using both sight and sound in video. One example will show how speech can be enhanced when using a video showing the face of the speaker. Also, video surveillance cases will be shown where the sound can enhance the understanding of scene activity.

Biography: Shmuel Peleg received his Ph.D. in Computer Science from the University of Maryland in 1979, and since 1981 he is a professor at the Hebrew University of Jerusalem. Shmuel published over 150 technical papers in computer vision and image processing, and holds 23 US patents. He founded several startup companies, and his latest company, Briefcam, was acquired by Canon on 2018. Shmuel served as a committee member of numerous conferences, e.g. general co-chair of ICPR 1994, CVPR 2011, ICCP 2013, and CVPR 2018. 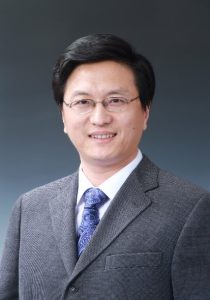