Rapid detection of dangers in the environment and innate defensive responses are essentialfor animal survival.It is widely acknowledged that the superior colliculus and the pulvinar form asubcortical visual pathway that transmits threat-relevant visual information to the amygdala to trigger fear responses.This forum, with the theme of “Fast Visual Pathway”, aims to understand the neural mechanismsunderlying the “global-first” process and promote the development of subcortical visual pathway. The forum will invite top domestic scholars in this field to introduce their research achievements and share their research experience, so as to provide a platform for academic exchange. 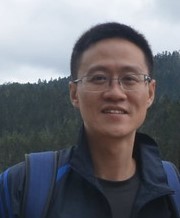 the University of Minnesota

Abstract:Visual information processing in the human subcortical visual system remains poorly understood, because of poor signal to noise ratio of fMRI from deep in the brain. Using high-resolution fMRI and specially designed visual stimuli, we were able to resolve layer-specific signals from the human subcortical visual nuclei, such as the lateral geniculate nucleus (LGN) and the superior colliculus (SC). The ability to access the layer-specific responses of the human LGN and SC is of great value to study the broad roles of these early visual pathways in human visual perception and cognition.It allowed us to address several scientific and clinical questions related to magnocellular and parvocellular parallel pathways in the subcortical visual system. In this talk, I will introduce our recent processes in high-resolution fMRI of humansubcortical visual areas.

Biography:I received my B.A. and Ph.D. in biophysics from University of Science and Technology of China (USTC) in 2001 and 2007. From 2007 to 2012, I worked with professor Sheng He at the University of Minnesota to study human visual perception and attention. At 2012, I started my own lab at the Institute of Biophysics, Chinese Academy of Sciences. The research in my lab use a variety of approaches including psychophysics, non-invasive brain imaging techniques (fMRI/EEG/MEG) and brain stimulation tools (tES), to study the cortical and subcortical mechanisms of human visual perception, attention and consciousness. My current work is focused on using high-resolution fMRI at Ultra high field (7T) to study laminar and columnar functional architectures of the human brain. 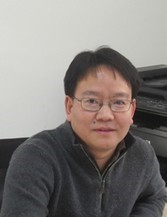 Abstract: The brain encodes object similarities using overlapping neural representations, where the more similar the objects are, the larger the correlations between their evoked neuronal responses. These correlated neural representations, however, inevitably incur interferences when memories are retrieved, leading to deteriorated information retrieval. Here, motivated by the push-pull phenomenon observed in neural data, we propose that neural feedback in the form of push-pull disentangles correlations in neural information retrieval. We study a hierarchical neural network which stores the hierarchical categorical information of objects, and the network retrieves the information from rough to fine, aided by dynamical push-pull feedback from higher to lower layers. We elucidate that the push and pull feedbacks in the appropriate forms suppress the interferences due to the neural correlations from the different and same categories, respectively, and their joint effects improve the retrieval accuracy significantly.

Biography:Dr. Si Wu is Professor at School of Electronics Engineering & Computer Science, Principle Investigator at IDG/McGovern Institute for Brain Research,and Principle Investigator at PKU-Tsinghua Center for Life Science in Peking University. He was originally trained as a theoretical physicist and received his BSc, MSc, and PhD degrees all from Beijing Normal University (87-95). His research interests have turned to Artificial Intelligence and Computational Neuroscience since graduation. He worked as Postdocs at Hong Kong University of Science & Technology (95-97), Limburg University of Belgium (97-98), and Riken Brain Science Institute of Japan (98-00), and as Lecturer/Senior Lecturers at Sheffield University (00-02) and Sussex University (03-08) of UK. He came back to China in 2008, and worked as PI at Institute of Neuroscience in Chinese Academy of Sciences (08-11) and Professor in Beijing Normal University (11-18). Hisresearch interests focus on Computational Neuroscience and Brain-inspired Computing. He has published more than 100 papers, including top journals in neuroscience, such as Neuron, Nature Neuroscience, PNAS, J. Neurosci., and top conferences in AI, such as NIPS. He is now Co-editor-in-chief of Frontiers in Computational Neuroscience.

University of Electronic Science and Technology

Title: Image processing based on the coarse-to-fine strategy in the biological visual system

Abstract: Sufficient biological evidence suggests that coarse-to-fine is an efficient strategy for the biological visual systems to extract the contextual (or coarse) information from scenes rapidly and then guiding the processing of fine information for visual perception and scene analysis without involving specific tasks. In this talk, I will report two image processing models inspired by the coarse-to-fine mechanism. One is a contour detection model based on the center–surround interaction with adaptive inhibition at the level of receptive field of V1 neurons. In particular, the information of coarser scale provides an adaptive modulation to the surround inhibition at the finer scale, based on the evidence that some neurons in higher level areas are activated sufficiently rapidly to be able to have enough time to influence the neurons in lower level areas such as V1. Another is a salient object detection model, mainly inspired by the guided search theory for visual selective attention. Thistheorysuggests that the visual system searches for the objects of interest along two parallel pathways: spatial layout (or gist) information is first rapidly extracted from the entire scene via the non-selective pathway, which then acts as top-down modulation to guide the salient object search in the selective pathway. Experimental results of our models suggest the global context information extracted fast is very helpful for guiding the local information processing (e.g., object contour extraction and salient object detection).

Biography:Yongjie Li is the professor of School of Life Science and Technology, University of Electronic Science and Technology of China (USECT). He got his PhD degree in 2004 from UESTC. He was a visiting scholar during 2009-2010 at the Department of Neuroscience, Columbia University. He is an IEEE Senior Memberand PAMI TC Member, and serves as an associate editor of IEEE Access. His research interests include biological vision inspired models and the applications in image processing and computer vision. He has published more than 100 peer reviewed journal papers including Neuroimage, IEEE Trans on PAMI / Image Processing / Intelligent Transportation Systems / Biomedical Engineering, and the conference papers including ICCV/CVPR/ECCV. 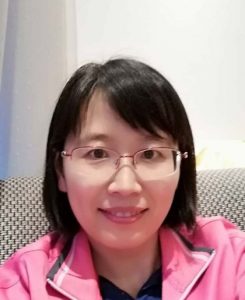 Abstract: Moving pattern recognition is a challenge task in artificial intelligence and is the basis of many real-world applications. In this study, we proposed a new method for real-time motion pattern recognition. The method is motivated by the mechanisms of visual information processing, in particular, the mechanism for rapid motion recognition in the subcortical visual pathway and the neural mechanism for decision-making. The proposed algorithm consists of three modules, which are trained by supervised learning. We verify the algorithm in the task of gait recognition.

Biography:  Yuanyuan Mi is a professor in the Center for Neurointelligence at Chongqing University. She focuses on the general principles of the brain’s processing of information at the network level, especially the processing of dynamic information by the neural system, including working memory, temporal rhythm, and motor prediction. Professor Mi has published 14 papers as the first-author or corresponding author, including the Neuron, PNAS, NIPS, Front. Comput. Neurosc.,Phys. Rev. E,Europhys. Lett., .etc., and has published 17 papers like the eLife, F1000 Faculty Rev., etc. as the co-author. Her co-guiding research project has won the first prize of theFirst National Collegiate Contest & International Invitational Tournament for Brain-inspired Computing and Application.