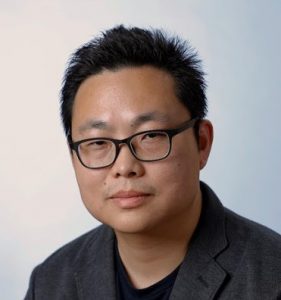 Title: What is NEXT of human Brainnetome Atlas?

Abstract: The human Brainnetome Atlas represents of a connectivity-based parcellation of the brain into 246 subregions. Importantly, these subregions are extensively characterized in terms of their structural and functional connectivity patterns as well as the associated functions as revealed by task-based neuroimaging. The current version of the Brainnetome Atlas will facilitate investigations into structure–function relationships and holds promise for the identification of new biomarkers for diagnostic and clinical studies. WHAT’S NEXT of human Brainnetome Atlas? The first one is individualized, the human Brainnetome Atlas provides a cross-validated, robust group-level parcellation of the human brain, but ultimately individual, subject-level parcellations will be required to reflect interindividual variability in the location of brain modules. The second one is multi-modal, given the heterogeneity of both features and methods that may be used to parcellate the brain into distinct subregions, one of the particular challenges will be to examine the consistency or inconsistency of the ensuing parcellations and to evaluate different brain parcellation schemes. The third one is multi-scale, taking non-human primates as experimental objects, combined with electrophysiology, neural tract tracer and high-resolution optical imaging technology, we will try to understand the multi-scale biological basis of the atlas.

Biography:  Dr. FAN Lingzhong, born in November 1982, is a full professor at Brainnetome Center & National Laboratory of Pattern Recognition, Institute of Automation, Chinese Academy of Science (CASIA), and Young investigator in Center for Excellence in Brain Science and Intelligence Technology, Chinese Academy of Science(CEBSIT). Dr. FAN received his B.S. in Clinical Medicine, from Binzhou Medical College in 2005, and M.D. from School of Medicine, Shandong University in 2010. During Sep. 2008 to Oct. 2009, he studied as a visiting student in Montreal Neurological Institute, McGill university. From Feb of 2011, he began the postdoctoral career of two years in National Laboratory of Pattern Recognition, CASIA. Then, from Apr. 2013 to Oct. 2018, he worked as assistant/associate professor in Brainnetome Center &National Laboratory of Pattern Recognition. His research interests mainly focus on human brain atlas and related clinical applications. He was involved in CAS Program of Youth Innovation Promotion Association and obtained the Young Chinese Anatomical Scientist Award from the Chinese Society for Anatomical Sciences. 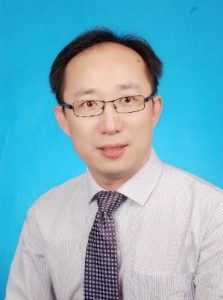 Title: Developmental Connectomics from Infancy through Early Childhood: from a Neuroimaging Perspective

Abstract: The human brain undergoes rapid growth in both structure and function from infancy through early childhood, and this significantly influences cognitive and behavioral development in later life. Developmental connectomics provides unprecedented opportunities for exploring the developing brain through non-invasive mapping of structural and functional connectivity patterns. In this talk, I will present our recent neuroimaging studies investigating connectome development from infancy to early childhood. Specifically, I will highlight five fundamental principles of brain network development during the critical first years of life, emphasizing strengthened segregation and integration balance, a remarkable hierarchical order from primary to higher-order regions, unparalleled structural and functional maturations, substantial individual variability, and high vulnerability to risk factors and developmental disorders.

Biography: Dr. Yong He is a Changjiang Distinguished Professor of the Beijing Normal University. He is currently the Deputy Director of the National Key Laboratory of Cognitive Neuroscience and Learning, the founding Director of the Beijing Key Laboratory of Brain Imaging and Connectomics, and the Principal Investigator of IDG/McGovern Institute for Brain Research. He did his PhD at the National Laboratory of Pattern Recognition, Institute of Automation, Chinese Academy of Sciences (2002-2005) and was a postdoctoral fellow at the Montreal Neurological Institute, McGill University, Canada (2005-2007). Dr. He received numerous national awards including the National Science Fund for Distinguished Young Scholars (2012) and Leading Scientists in Ten Thousand Talent Program (2019). Currently, he serves as Associate Editor of the Human Brain Mapping. To date, Dr. He has authored or co-authored more than 200 peer-reviewed journal articles, with a total citation of 27000 times and an H-index of 78. From 2016 to 2018, Dr. He was selected as Highly Cited Researchers in Neuroscience & Behavior (Clarivate Analytics). His research interests include brain imaging, connectomics, and brain development. For details, see http://helab.bnu.edu.cn. 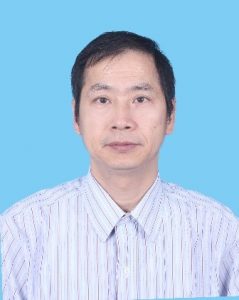 Abstract: Brain signal analysis is an important part of BCIs and brain cognition research. In the talk, I will firstly introduce the methods of brain signal analysis based on sparse representation, including feature selection and decoding. Then I introduce a variety of multimodal BCI, such as BCI based on SSVEP and P300. Then I will introduce the clinical application of these BCI technique. I also will introduce a control system for patients with severe cervical spine injuries. The system integrates wheelchair, home appliances and nursing bed, realizing brain control and effectively improving the self-care ability of these patients. 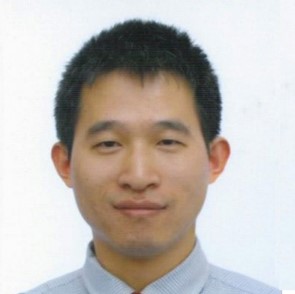 Abstract: The hippocampal-entorhinal region has been hypothesized to be associated with map-like spatial representation of the environment, namely cognitive map. Either neural network or model-based methods are used to simulate spatial responding patterns about related cells (grid cells, place cells, head direction cells and so on). A computational model is proposed to build cognitive maps of real environments using both place cells and grid cells, called gSLAM. It mainly includes (1) grid cell model for path integration, (2) place cell model for location encoding and (3) visual scene matching for correct accumulative errors intrinsically associated with the path integration process and provides a bio-inspired approach for robot localization, mapping and navigation. In conclusion, neuroscience research provides us key theoretical basis for simulating the brain’s spatial cognition and in turn the cognitive map model for robotic cognition verify the functions about the hippocampal-entorhinal region.

Biography: Huajin Tang received the B.Eng. degree from Zhejiang University, China in 1998, received the M.Eng. degree from Shanghai Jiao Tong University, China in 2001, and received the Ph.D. degree from the National University of Singapore, in 2005. He was an R&D engineer with STMicroelectronics, Singapore from 2004 to 2006. From 2006 to 2008, he was a Post-Doctoral Fellow with the Queensland Brain Institute, University of Queensland, Australia. Prior to joining in Sichuan University as a Professor, he was Head of the Robotic Cognition Lab at Institute for Infocomm Research, Singapore from 2008 to 2015. His research interests include neuromorphic computing, neuromorphic hardware and robotic cognition, etc. His research works have been reported by MIT Technology Review, Communications of ACM, etc. He received 2011 Role Model Award of Institute for Infocomm Research Singapore, 2016 IEEE Transactions on Neural Networks and Learning Systems Outstanding Paper Award, 2019 IEEE Computational Intelligence Magazine Outstanding Paper Award. Dr. Tang has served as an Associate Editor of IEEE Transactions on Neural Networks and Learning Systems, IEEE Transactions on Cognitive and Developmental Systems and Frontiers in Neuromorphic Engineering, and Editorial Board Member for Frontiers in Robotics and AI. He is now a BoG member of International Neural Network Society (INNS). 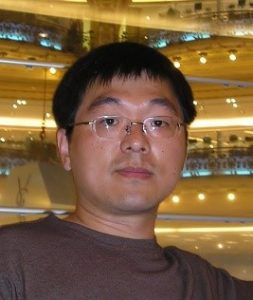 Abstract: Emerging evidence demonstrates the feasibility of constructing genetically engineered nonhuman primates for studying neuropsychiatric disorders. Here we present a comparative fMRI-derived connectomics and behavioral paradigms on both nonhuman primate and human cohorts. Based on resting-state functional connectivity network in transgenic monkeys overexpressing MeCP2 and typically developing monkeys, we aim to identify the discriminant circuit feature triggered by a single genetic event. In parallel, we develop a novel cross-species machine learning algorithm that leverages features learned from the primate genetic model to improve the classification of human patients with autistic spectrum disorders and obsessive-compulsive disorder. We thrive to probe the mechanistic links between gene expressions, dysfunction of specific neural networks and dimensional phenotypes, thereby providing refreshing insights into the complex etiology of autism-related disorders. These findings with explicable biological grounds are potentially amenable to translation for diagnosis and evaluation of future treatments.

Biography: Zheng Wang, Ph.D., Principal Investigator, Director of Center for Brain Imaging, Institute of Neuroscience, Chinese Academy of Sciences. He has been continuously working on nonhuman primates and functional neuroimaging ever since 2003 in North America. After Sept 2011, he joined the Institute of Neuroscience, Chinese Academy of Sciences in Shanghai and established the Center for Brain Imaging as Director which is equipped with two research-dedicated MRI scanners (Siemens Tim Trio 3T and Bruker 9.4T/30cm). His lab is interested in developing neuropsychiatric nonhuman primate models using molecular genetics, and developing novel network computation and neuromodulation techniques to investigate the neurocircuitry mechanisms of major neuropsychiatric disorders in monkey models and human patients. 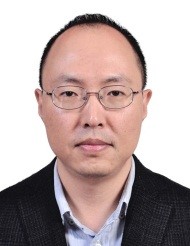 Title: From Brain to Intelligent Machine: A Bridge Too Far?

Abstract: As the only existing example of a compact system capable of general intelligence, the brain provides unique inspirations for designing highly advanced artificial intelligent systems. However, there are a number of important obstacles in translating what we learned from the brain to what can be implemented to machine learning, including the incomplete understanding of the brain’s computational operation, as well as the difference of methodology and research focus of the two fields. Here we propose two approaches, one problem-driven and one principle-driven, to facilitate the knowledge translation between neuroscience and machine learning. Studies that belong to each of these approaches, as well as the lessons that we can learn from them, will be discussed.

Biography: Dr. Shan Yu received his bachelor’s degree and doctor’s degree in biology from the University of Science and Technology of China in 2000 and 2005, respectively. From 2005-2014, he conducted postdoctoral research at the Max-Planck Institute of Brain Research in Frankfurt, Germany (2005-2008) and the National Institute of Mental Health in Bethesda, USA (2008-2014). He joined the Institute of Automation (IoA), Chinese Academy of Sciences (CAS) from Sep. 2014 as a recipient of the “One Hundred Talents” grant. Since then, he is a professor at the Brainnetome Center and National Laboratory of Pattern Recognition (NLPR), Institute of Automation, Chinese Academy of Sciences. He is the Deputy Director of the NLPR since 2018. His research interests include to reveal network mechanisms underlying neuronal information processing in the real brain and to apply such knowledge to improve the design and training of artificial intelligent systems. 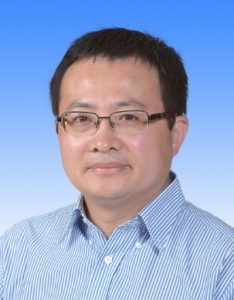 Abstract: Neuroscientists are amassing the large-scale datasets needed to study individual differences and identify biomarkers. However, measurement reliability within individual samples is often suboptimal, thereby requiring unnecessarily large samples. I focus my talk on reliability in neuroimaging and provide examples of how the reliability can be increased.

Biography: Xi-Nian Zuo has been awarded with the Full Research Professorship at Chinese Academy of Sciences (2010 – now). He is currently the editorial board members of NeuroImage, NeuroImage: Clinical, Network Neuroscience and Frontiers journals including Neuroscience, Neuroinformatics, Psychology and Frontiers for Young Minds. He serves OHBM as a council member and the PC chairship. Since 2017, he has been selected as one of the ESI Highly-Cited Researchers. He founded both Consortium for Reliability and Reproducibility (CoRR) and Chinese Color Nest Project (CCNP).